Demolish and Rebuild a House: Things You Should Know 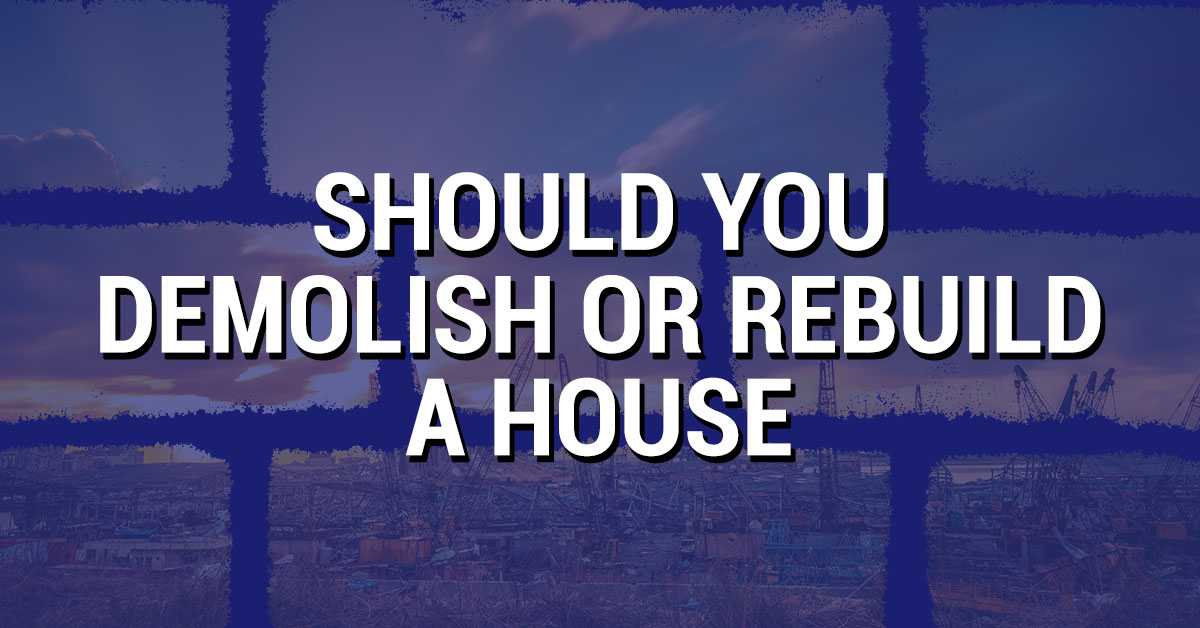 02 Aug Demolish and Rebuild a House: Things You Should Know

Have you ever been in a situation where your only option is to demolish or rebuild your house? Well, you’re not the only one.

People often ask, what’s the point of knocking down a good house, only to erect a new one in the same spot? A more straightforward process would be to renovate the existing structure to your taste simply

Ultimately, the final choice rests on the resources available, as well as the magnitude of job the property owner wants. Many people would go with the renovating route rather than the demolition route because they feel it is cost-effective.

But on a closer look, demolishing and rebuilding is a more affordable option, especially in places where plots are scarce/rare. This article will look at the merits and demerits of demolishing a building and starting from scratch.

The ultimate question is, why demolish and rebuild? First things, houses are not meant to stand the test of time and last forever. A good number of homes available in the market were built decades ago. They were made for a different era, lifestyle and use. In recent times there have been lots of changes in terms of comfort choices, lifestyle and taste. While these houses serve a particular purpose, they are not typically fit for modern needs and requirements.

One of the redeemable features of these lands is the land they’re on. Some of these houses are in prime locations.

While the homes themselves might not fit today’s needs, the land is still an essential commodity.

What housing properties can you demolish and rebuild?

Terraced and semi-detached houses fall under the restricted category. It would be best if you had consent and authorization to demolish such a structure.

Also, buildings with historical and architectural significance will have lots of restrictions concerning their demolition. Older properties with a character often fall under the category as mentioned earlier as well.

You need to consider if jumping several hoops just to demolish the property is better than simply refurbishing the property.

Financial Benefits of Demolishing a house

The value of building plots shares a similar valuation as existing properties on the market. The cost of demolishing a house is less than £10,000 (3-bedroom bungalow). The major work isn’t about knocking down the property but disposing of the materials.

Before embarking on any demolition project, speak to an expert and local authorities to know what you need to do and gain the necessary approval.