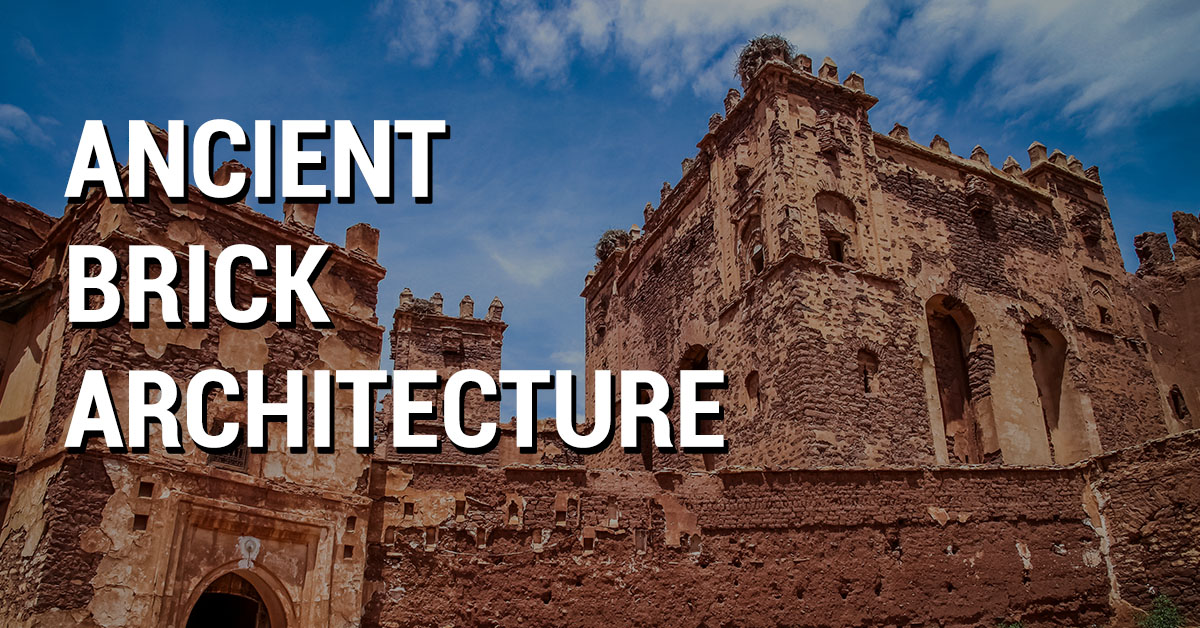 Posted at 08:58h in Blog by Gabriel Weiner

It can be baffling, awe-inspiring, and down-right impressive when investigating the architecture of the past. Civilizations and societies with limited access to technology were able to produce buildings beyond their time, crafted from the brilliant human minds of the time period, and from countless hours of hard work and excessive labour. When we look back at this architecture, we clearly see the influence it has had over modern-day structures, yet the designs and intricate executions still baffle the world to this day. The utilization of basic materials, including bricks, is so incredible that the structures are still standing strong to this day. How did they do it? Well, that’s for us to keep wondering. Here are 3 incredible, ancient, and timeless brick buildings.

Located in Bagan, Myanmar – a world heritage site – this temple is the largest of all the temples on-site. This ancient archeological structure breathes the ingenious capabilities of those who constructed it, as if out of a kaleidoscopic dream. Bagan is home to a myriad of ancient pagodas and hollow temples which date back to around 1000 AD. During the peak of Bagan’s development, 4446 Buddhist temples were constructed of which 3822 remain today. The symmetry and design is astonishing and the final execution of the temple is guaranteed to take one’s breath away. 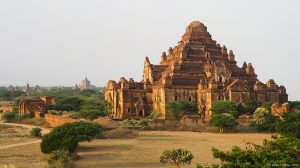 The Great Wall of China

One of the greatest and impressive structures ever built, The Great Wall of China has been around since 221 BC and now stretches to a length of 21000km’s in entirety. This structure is so large in fact, that from space one can see its indentation on the earth itself. The wall began construction with basic materials (earth, wood, branches, sand, and stone), but as brick technology became more accessible to the Chinese emperors, it took over as the main structural reinforcement and building material. In conjunction with bricks being used to finish construction, sticky rice was used as a binding agent. The wall was originally constructed as a defensive structure against other empires which threatened China’s safety at the time, leading to the construction of ramparts, trenches, ditches, as well as fortresses along the wall itself.

Located on the bank of Vilnia River in Lithuania, Vilnius’ Old Town, this colossal Gothic construction was built between 1495-1500 AD. It uses brick as its main construction material, and as you pay attention to the finest design details, it is impossible to deny its stellar architectural execution. 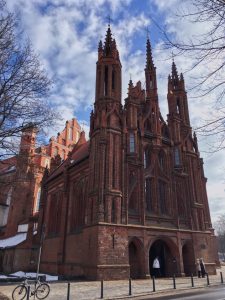